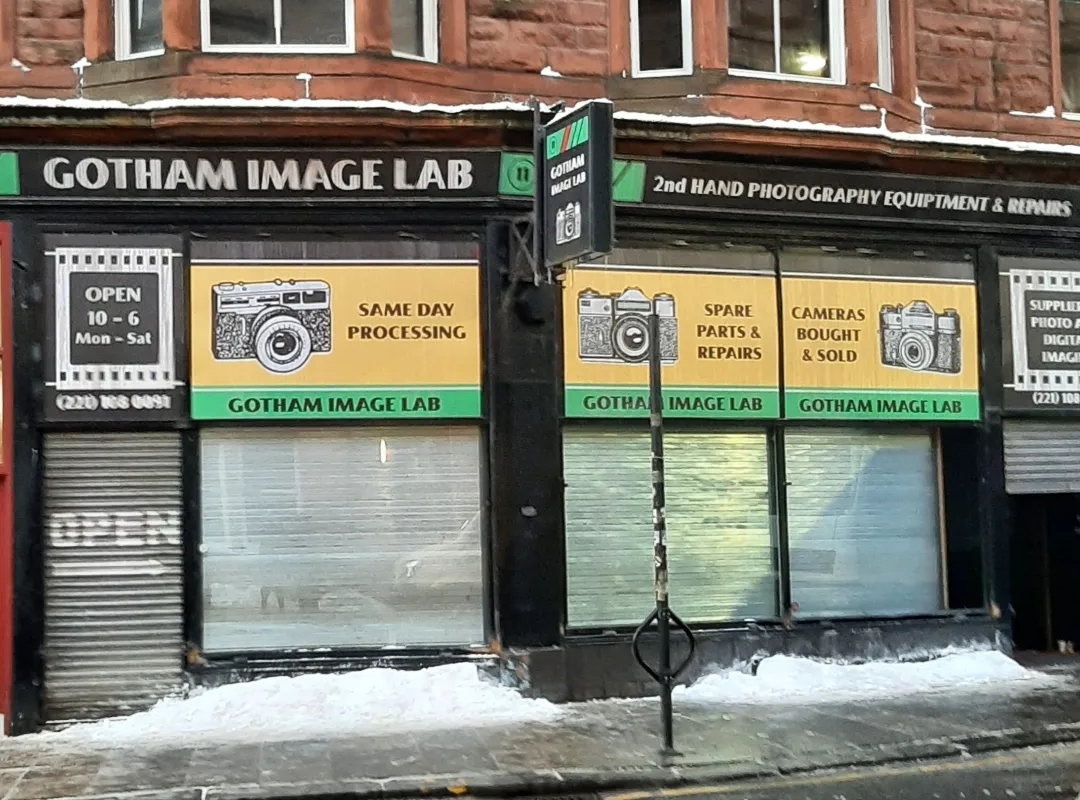 So… it’s been a wee while. But something super cool and extremely close to my fangirlish heart is happening in my adopted city right now: the Batgirl film is shooting here. Obviously I have feelings. Hi, did I mention my PhD is on Batgirl?

Initially I didn’t plan to hit up the locations where they were filming. However, if the past two years have taught me anything, it’s that if something even slightly interesting is happening, you go see it. So, one cold Saturday morning, my academic partner in crime and I wandered down to Glasgow’s Saltmarket to have a nosy at the set as they were taking things down. We weren’t disappointed.

It’s slightly surreal to see an area where I worked 5 years ago totally transformed into something straight out of the panels of a comic I’ve spent several years writing and presenting about. But it’s also really fitting. Glasgow certainly has the architecture to stand in for Gotham (and indeed other American cities), but it’s also got the comic book fan-pedigree too. My workplace and home institution supports comics research for one thing, but we’ve our own comic con and presses, not to mention a fan fiction group that’s attended by fan fic lovers from around the world. Of course Batgirl would come here. I’m pretty sure she’d even be a fellow member of #TeamUofG when it comes down to it.

From Burnside to Cherry Hill

As a fan and researcher, I’m also intrigued by the little tidbits within the sets the crew are building, along with the sneak peaks from the cast too. Leslie Grace is wearing the iconic Batgirl of Burnside costume, a factor which delights me, but the sets reveal that Grace’s Barbara Gordon is wandering the streets of Cherry Hill, Gotham instead of Burnside. Given Burnside’s Instagram-able, hipster and university campus credentials (very similar to Glasgow’s west end, by the way), I’m intrigued to see more of Cherry Hill and how this Batgirl fits in.

There’s more filming to come, and I will absolutely continue to take advantage of being a comic book tourist in my city. At a glance though? I’m excited and optimistic to see this incarnation of Batgirl hit the big screen, and hopeful that I might even see her around campus one day too.

Some of the stuff…